Live auctions have resumed at Sotheby’s and bidders have welcomed a shift toward diversity in the contemporary art market.

On Wednesday, Sotheby’s resumed live auctions — three of them — for the first time since March 2020. The salesroom, newly designed by David Korins, offered Banksy’s “Love Is in the Air,” right, which sold for $12.9 million after fees. Basquiat’s “Versus Medici,” left, sold for $50.8 million. 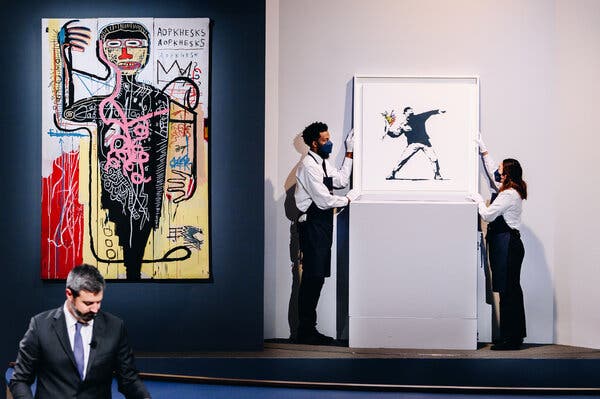 Sotheby’s has completed its cryptocurrency-enabled auction offering Banksy’s iconic protest artwork “Love is in the Air.” According to the auction results, Sotheby’s sold the physical artwork on Wednesday for $12.9 million, significantly up from the originally estimated $3 million to $5 million. 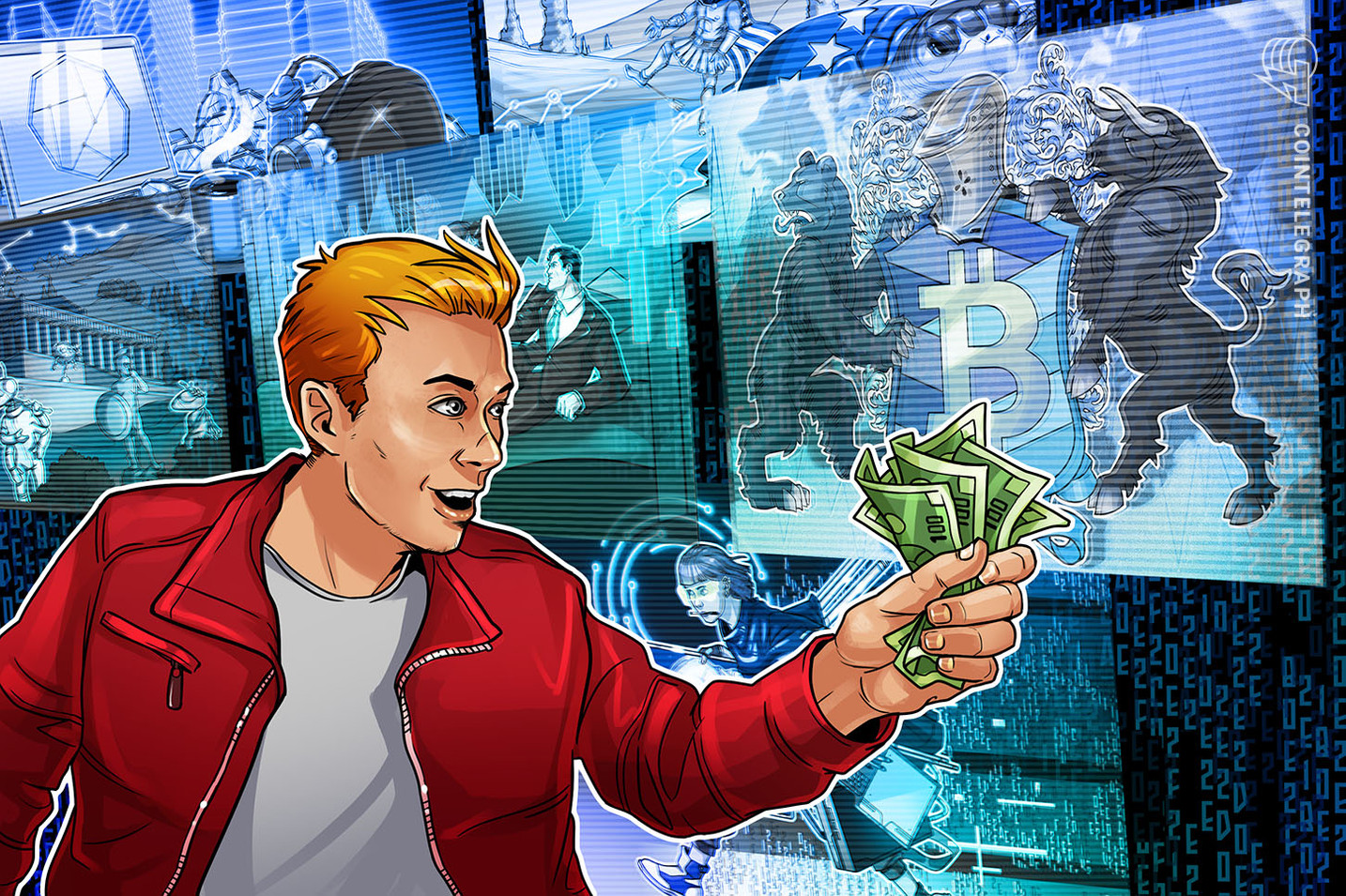 The auction house emphasized that the sale marks the first time cryptocurrency was accepted as a payment option for a piece of physical artwork. According to the auction lot page, the bidders were able to pay using two major cryptocurrencies — Bitcoin (BTC) and Ether (ETH) — through Sotheby’s partnership with Coinbase Commerce.

Strong bidding from collectors across the globe also helped reinforce the idea that auction houses’ embracing of online sales, which started during the pandemic, might finally be paying off after a year in which global auction sales declined 26 percent.