An exceptionally rare first-edition printed copy of the US Constitution is going on sale in New York, with Sotheby’s auction house expecting bids up to $20 million. It is one of just 11 surviving copies from the first printing of the document’s final text, produced for delegates of the 1787 Constitutional Convention and Continental Congress. 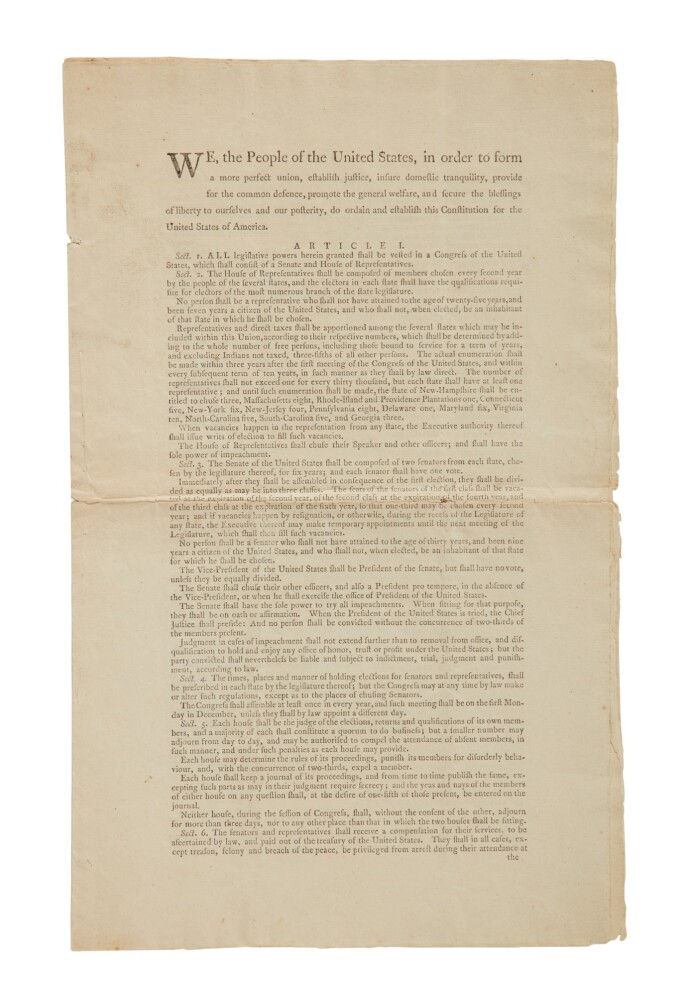 In a press release, Sotheby’s described the document as “rarer than the first printing of the Declaration of Independence.” The auction house’s senior books and manuscripts specialist, Selby Kiffer, is meanwhile quoted as saying that the item is “one of the most rare and coveted historical documents” ever to head to auction.

Kiffer also oversaw the document’s 1988 sale to the Goldmans, who purchased it for $165,000 from a private Philadelphia collector. In the years since, it has been loaned to institutions including the New York Historical Society and United States Supreme Court, among others. The other 10 surviving copies from the first printing are all now held in institutional collections, Sotheby’s said.

The document is part of a larger sale of historic American documents from Goldman’s collection, which features an early copy of the Articles of the Confederation, as well as an official printing of the Stamp Act.
Learn more here!
Back To Blog Home