Sotheby’s held a livestream auction of 65 artworks from seven centuries that replaced its traditional summer marquee sales of old master, Impressionist, modern and contemporary art in the British capital.

Titled “Rembrandt to Richter,” this historical mash-up was technically the first major live offering in London since the coronavirus lockdown. However, continuing restrictions on travel and congregation meant that the auctioneer, Oliver Barker, was once again on-camera in an empty salesroom, taking bids around the world from colleagues on screens, just as he had been last month at Sotheby’s $363.2 million inaugural “multicamera global livestream” sale.

A self-portrait by Rembrandt sold for 14.5 million pounds ($18.7 million) at a Sotheby’s virtual auction Tuesday — a record price for a self-portrait by the Dutch master, the auctioneer’s said.

The top-selling item was Miró’s “Peinture (Femme au chapeau rouge)” (Woman in a Red Hat) from 1927, which fetched 22.3 million pounds ($28.9 million). Sotheby’s said the painting, which came to auction for the first time since 1966. set the highest sale price in Europe so far this year. 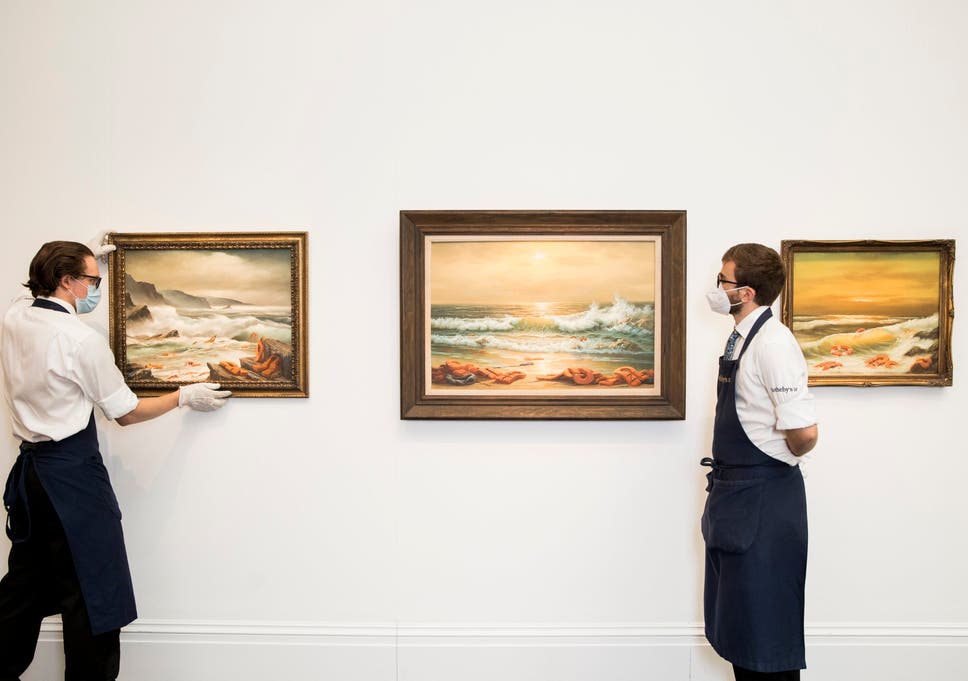 The sale also includes a triptych by elusive street artist Banksy called “Mediterranean Sea View,” painted in 2017. Presented in elaborate traditional frames, it features seascapes dotted with orange life jackets and alludes to the lives lost at sea during the European immigration crisis. The paintings fetched 2.2 million pounds — almost double the top estimated price — and the proceeds are meant to raise funds for a hospital in Bethlehem.