One of the most influential art movements of the early twentieth century and one that remains a major source of inspiration for many artists today is Cubism. You may wonder, what is Cubism, how did it get started and why is it so important?

First of all, Cubism marked a major turning point in the whole evolution of modernist art. It is credited for having paved the way for the pure abstraction that dominated Western art for the next 50 years. It inspired future movements including Futurism, Constructivism, Dada and Surrealism.

Its influence was also felt in the field of literature, most notably in the writings of Gertrude Stein, James Joyce and William Faulkner, who applied the principles of abstract language, repetition and use of multiple narrators.

The term is broadly used in association with a wide variety of art produced in Paris (Montmartre, Montparnasse and Puteaux) during the 1910s and extending through the 1920s.

The late works of Paul Cézanne’s representation of three-dimensional form are credited as being primary influences that led to Cubism.

The French art critic Louis Vauxcelles coined the term Cubism after seeing the landscapes Braque had painted in 1908 at L’Estaque in emulation of Cézanne. The painting Le Viaduc de L’Estaque above is one of those paintings. Vauxcelles called the geometric forms in the highly abstracted works “cubes.”

In addition, other influences on early Cubism have been linked to Primitivism and non-Western sources. 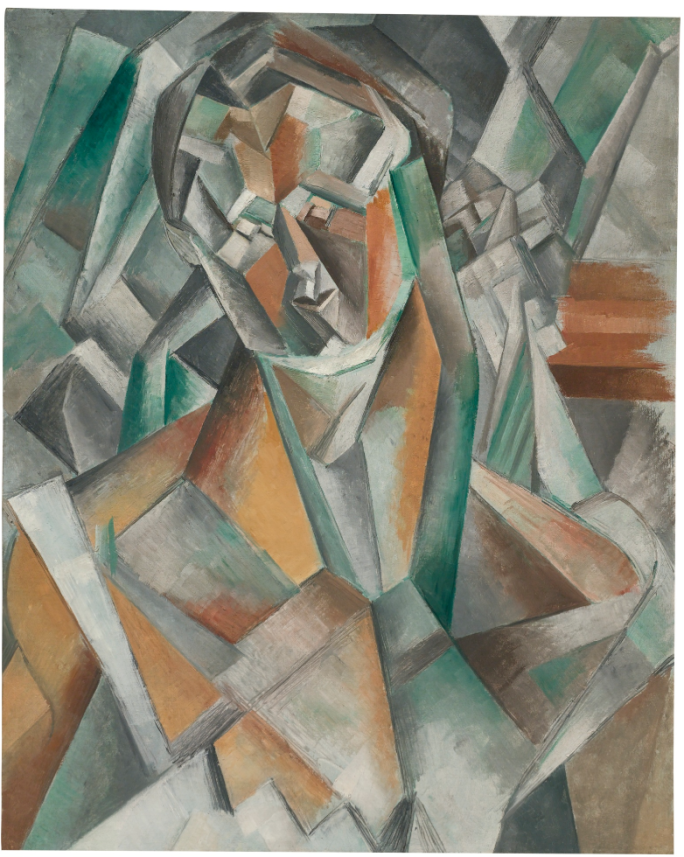 In Cubist work up to 1910, the subject of a picture was usually discernible. During Analytic Cubism (1910–12), also called “hermetic,” Picasso and Braque so abstracted their works that they were reduced to just a series of overlapping planes and facets mostly in near-monochromatic browns, grays, or blacks.

The Cubist painters rejected the inherited concept that art should copy nature, or that artists should adopt the traditional techniques of perspective, modeling, and foreshortening. They dismantled traditional perspective and modeling in the round in order to emphasize the two-dimensional picture plane.

They reduced and fractured objects into geometric forms, and then realigned these within a shallow, relief-like space. They also used multiple or contrasting vantage points.

By taking these measures, they destroyed traditional “illusionism” in painting and radically changed the way we see the world.